Natalie Portman accepts the Oscar for best performance by an actress in a leading role for "Black Swan" at the 83rd Academy Awards on Sunday, Feb. 27, 2011, in the Hollywood section of Los Angeles.
Natalie wears a wine colored Rodarte gown to 2011 Oscars

Anne Hathaway is the youngest host ever for one of the most-watched TV specials in the United States that also is broadcast live in more than 200 countries worldwide. She arrived on the carpet in a strapless, red Valentino gown and changed outfits over and over and over...

Jennifer Hudson. Woah. Someone is, and should be, very proud of her new hot body. She showed off the girls to their advantage in this tangerine orange Versace gown.

Cate Blanchett wore the most controversial dress of the night. Some people hated it. Some people loved it. I LOVED it. This structured lilac Givenchy haute couture gown was a work of art.

Miss Pepper Vintage
fashion, photography and creative work.. My blog is a little inspirational adventure! have a good time with me. ♥ ... 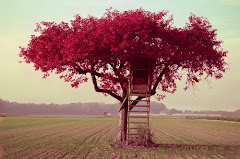 blogs and sites to check out: